Here's what happened at our General Meeting on October 3rd, 2018... 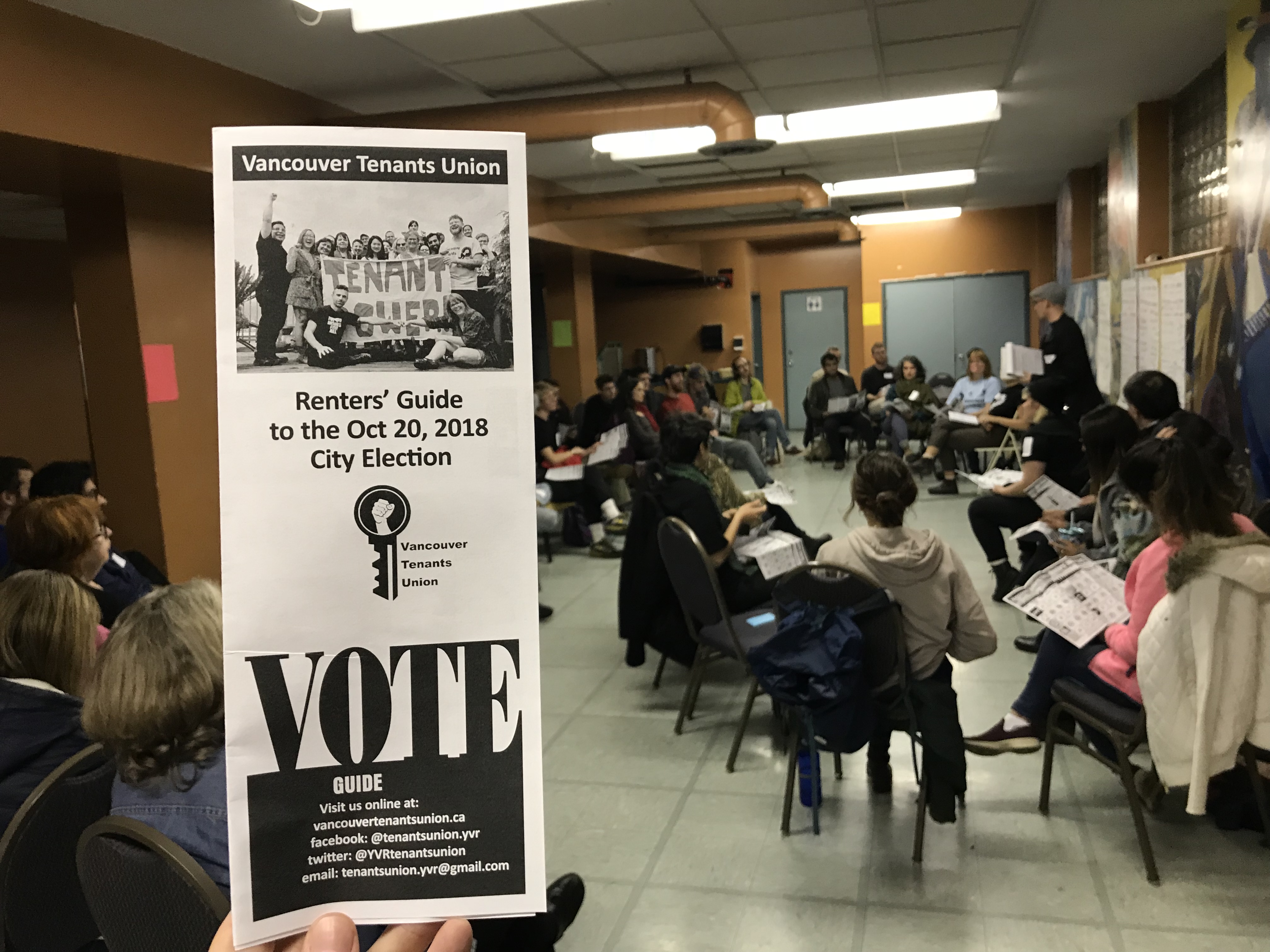 The meeting started with introducing our Community Agreements, (which will be re-iterated at all our meetings). They are:

1. One-mic - means to respect each other’s speaking time.
2. Speak Up/Listen Up - means that people who are comfortable should step up on their listening skills and people who tend not to speak should step up speaking more.
3. Break It Down - explaining words or phrases that are unclear/ inaccessible.
4. Respect Each Other - oppressive behaviour will not be tolerated.
5. Challenge Ideas, Not People - disagreements should be expressed with what people have said and not the people themselves.
6. Be Present
7. Take Care Of Yourself - do what is best for your physical and emotional well being

Comments from members about recent rallies:

What we would do differently:

Hackathon was successful – More than dozen people were amalgamating data and building tools that tenants can use as resources. Starting a working group to continue that work going forward.

Get in touch with vtu.datatools@gmail.com to get involved

There are currently 4 vacancies on the SC. Current SC introduced itself and outlined how the SC works and what their role is.

Note: Since there are only four members stepping forward to fill four vacancies, the election of the new SC members en masse was taken as a motion. This method of election/acclamation was first put to a motion and passed unanimously.

Discussion:
Member (1): Because the VTU is investing money in the election, the organization could get painted as biased like the ‘dark money’ around Hector Bremner’s campaign

Member (2): This report card isn’t a formal endorsement of a candidate or party.

Member (3): Labour unions organize around elections, and it’s our duty as the VTU to get involved in elections so that tenants voices are represented in politics.

The working group has already spent some VTU funds on the report card, and wants to spend more money to print versions in Mandarin and Persian.

MOTION: For VTU membership to endorse the Renters Report Card

Note: Membership also carried a motion to approve a budget for printing the report cards.