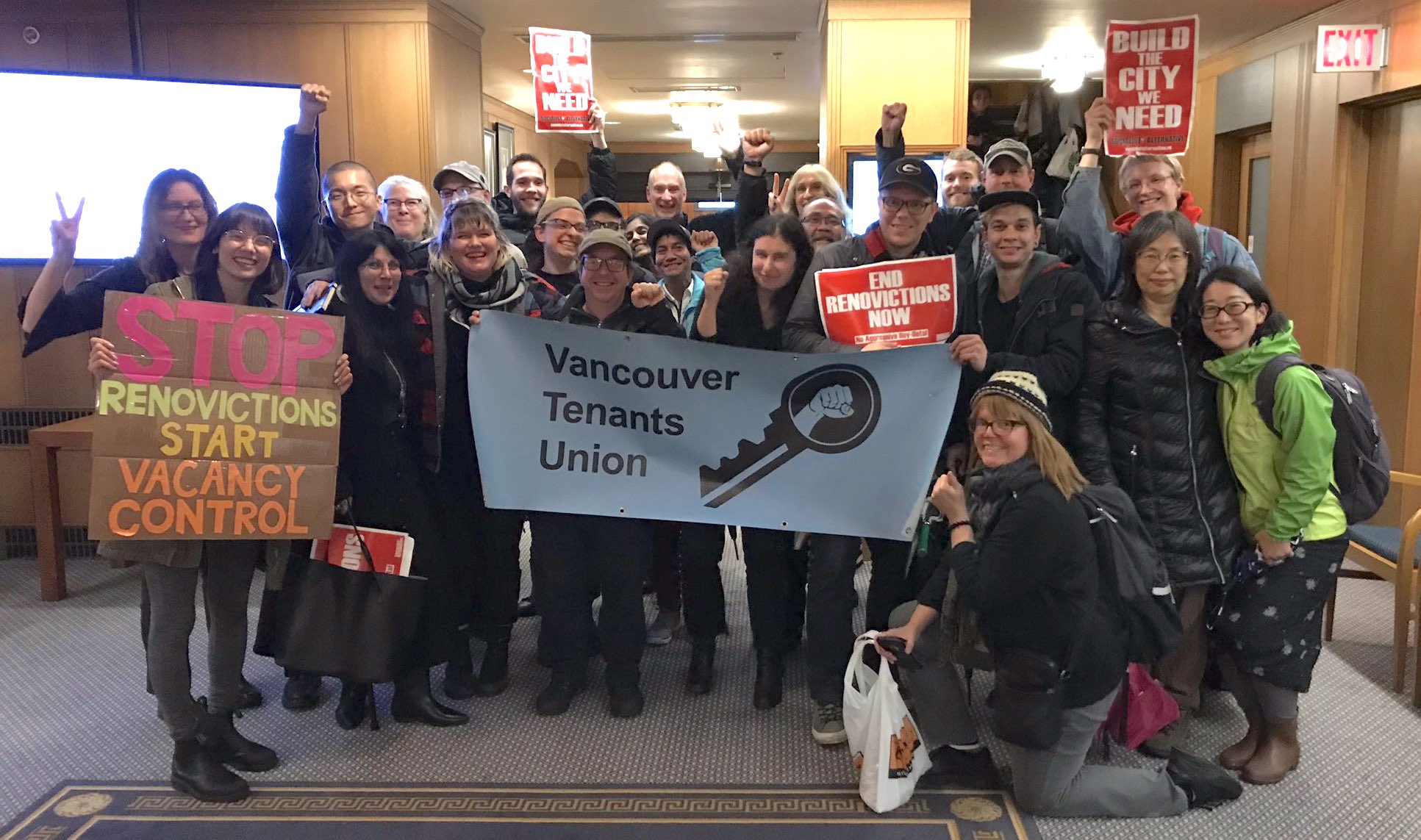 It is a partial victory, but a victory nonetheless.

The motion, "Protecting Tenants from Renovictions and Aggressive Buyouts", was introduced by COPE councillor Jean Swanson almost a month earlier, at the first regular meeting of the newly elected council.

Over 90 tenants signed up to speak to the motion, including Vivian Bauman, Berkeley Tower tenants, and others fighting renovicitons from across the city who have organized with the VTU.

Dozens packed City Hall in support on multiple nights over the next several weeks as the motion was debated by the mayor and council. 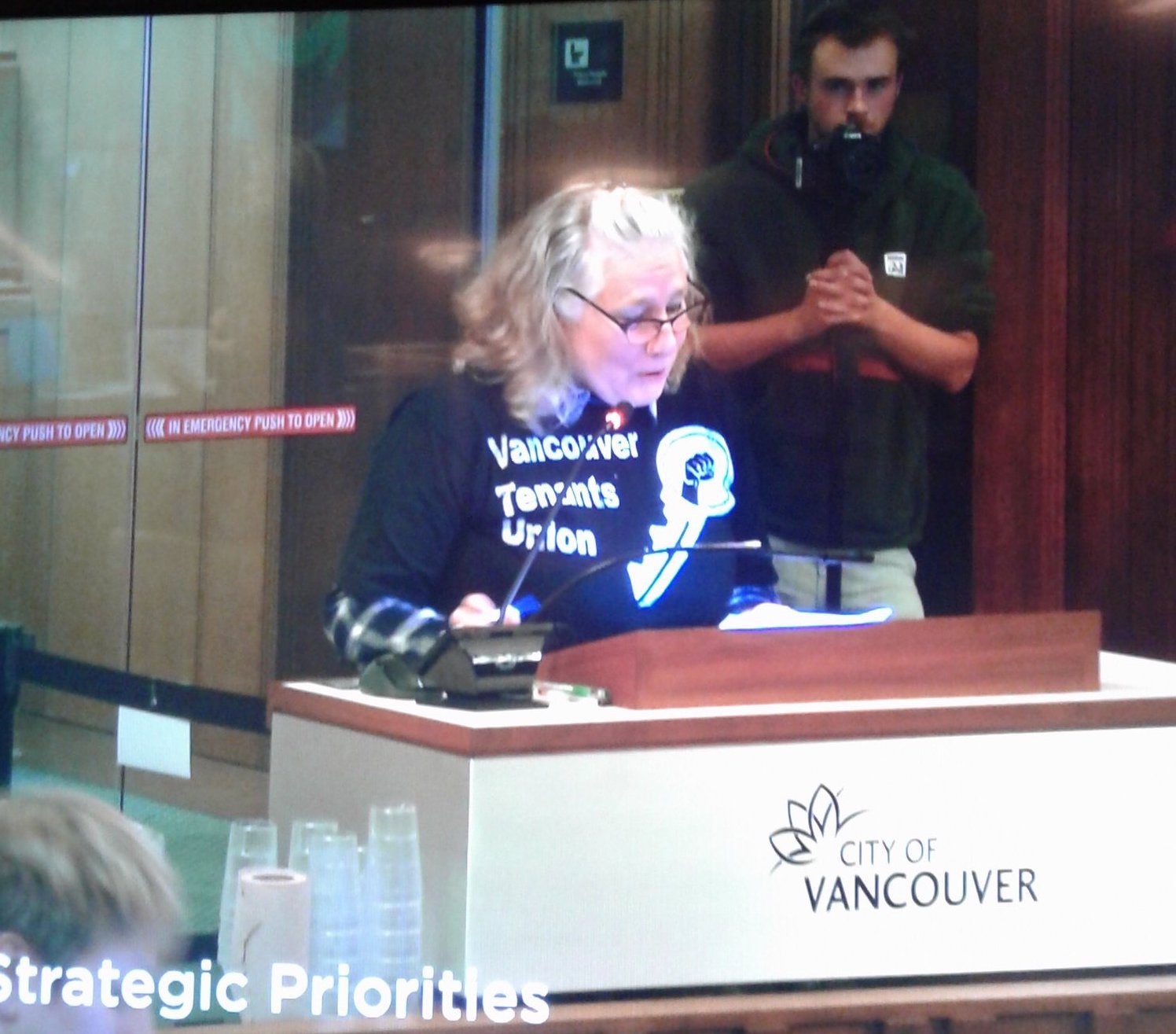 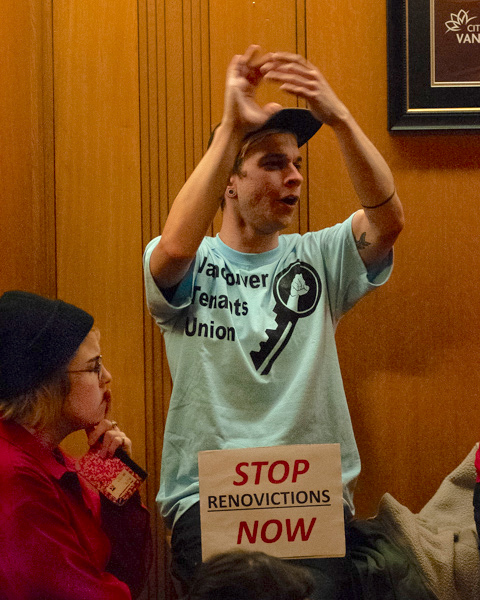 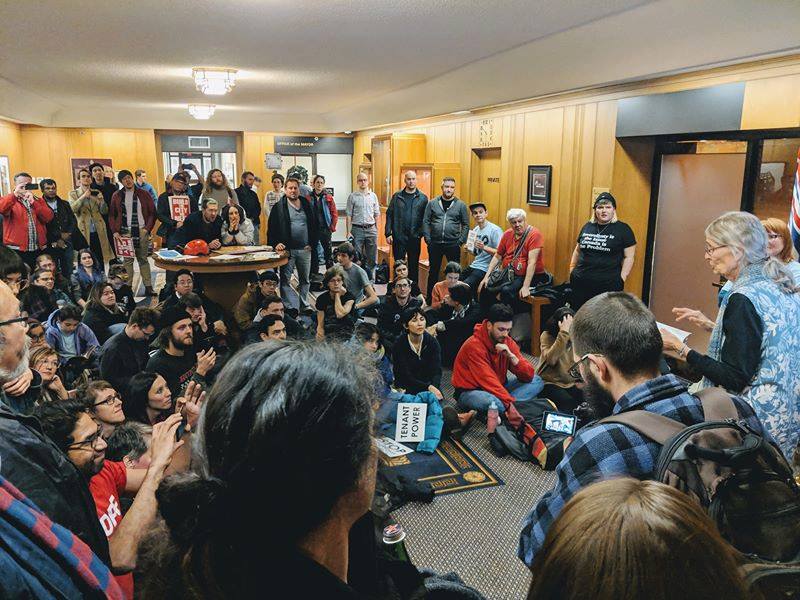 Here's what parts have been deferred to staff to study (did NOT pass):

Make no mistake - this was made possible by tenants who organized and stood together.

However, we still have our work cut out for us in 2019 when staff reports back on the items that were deferred. We’re going to get ALL tenants in this city protected. 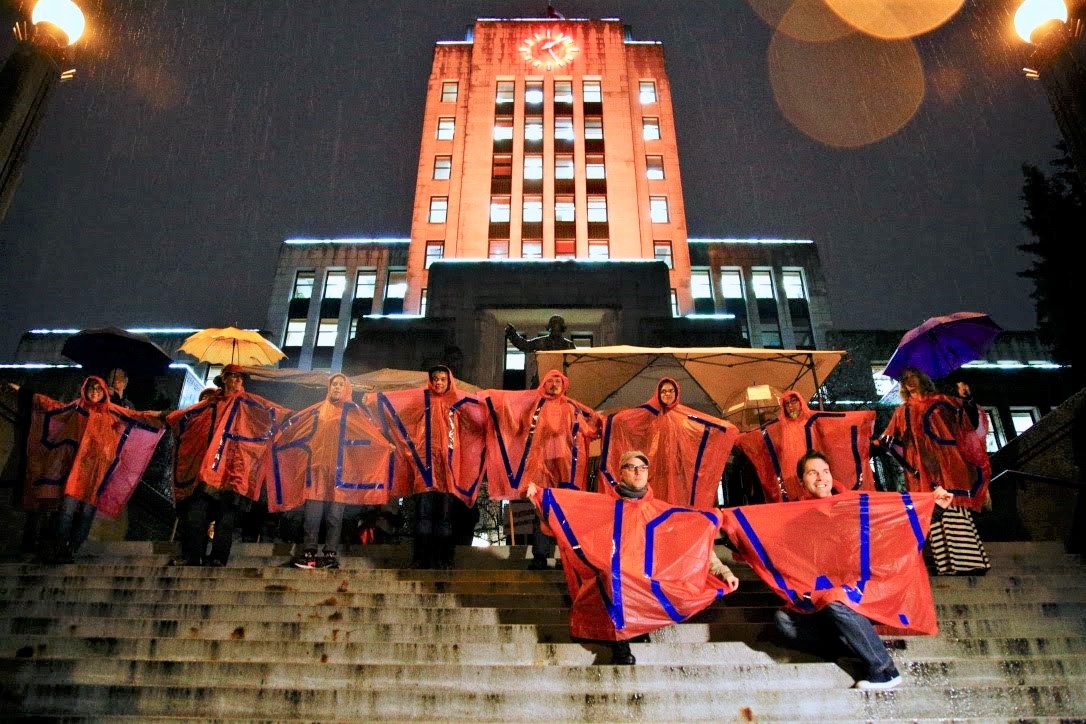