Tenant organizers in Marpole gathered at Marpole Neighbourhood house on July 23, 2019 to help create another new chapter of the VTU. 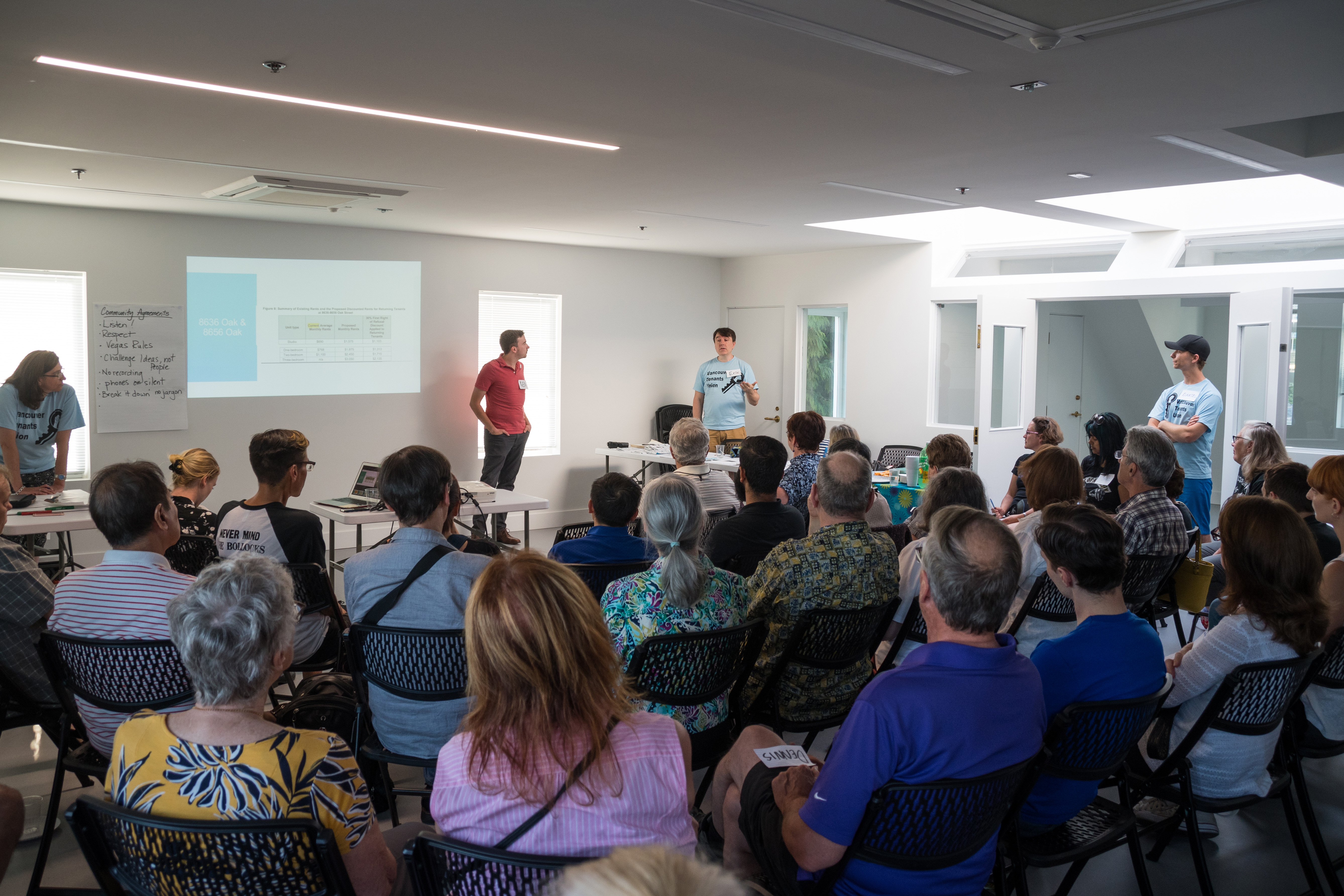 According to VTU organizer Lisa Descary, who helped launch the chapter, around 60 tenants attended the inaugural meeting and seemed keen to listen and share their stories.

Organizers presented some statistics to describe the character of the neighbourhood, which is made up of 59% renters, a large number of whom are recent immigrants. The area also has a lower income than the Vancouver average. In other words, the neighbourhood is particularly vulnerable to sweeping changes like displacement.

The organizers explained that they decided to start a chapter in Marpole because so many buildings here are being bought by developers, leading to demovictions or renovictions. They explained briefly how the VTU helps tenants organize their buildings and shared a story of success at Solheim Place, where organized tenants fought back against extreme landlord neglect.

Many tenants shared their stories and concerns that they will be priced out of the neighbourhood. When asked if anyone felt they were in a precarious rental situation, one tenant explained: “With the development that’s happening in Marpole, we are all at risk.”

Many folks in the room had been living in their places between 10 and 20 years. Those on fixed incomes or making low wages said there is no way they could afford the new, much higher rents if demovicted.

Says Lisa: "Our next focus as a chapter is on building a campaign around fighting the demovictions in a building on Oak Street. We already have a small team of tenants from that building who we are going to work with." Several of those tenants did not know before the meeting that they could refuse the landlord's buyout offer and were not obligated to accept.

In a similar building nearby, long-term tenants living in studios at around $700/month were offered a 'discounted' return after their demoviction, but with a whopping rise in rent to $1100. This $400 increase is well out of reach for seniors on fixed income and low-wage earners. The jump to 'market' rate for the same studio units came to around $1600 (more than 100% of the previously controlled rent!), meaning they would cost around a month's wages for someone working full-time at minimum wage.

Here, like in the West End and Hastings Sunrise areas, Vancouver's notorious 'tenant flipping' practice is eliminating what remains of much-needed affordable housing. However, with more knowledge of their rights, tenants are working together to change the playbook for policy makers, reminding them that housing is a human right and tenants deserve protection.

Organizers reported that after the meeting, twenty new members joined the VTU on the spot. Several expressed interest in the City Hall Working Group and fighting for better legal protections for tenants.

Stay tuned for more from Marpole!