A Brief History of Little Mountain: Lessons for the Housing Struggle 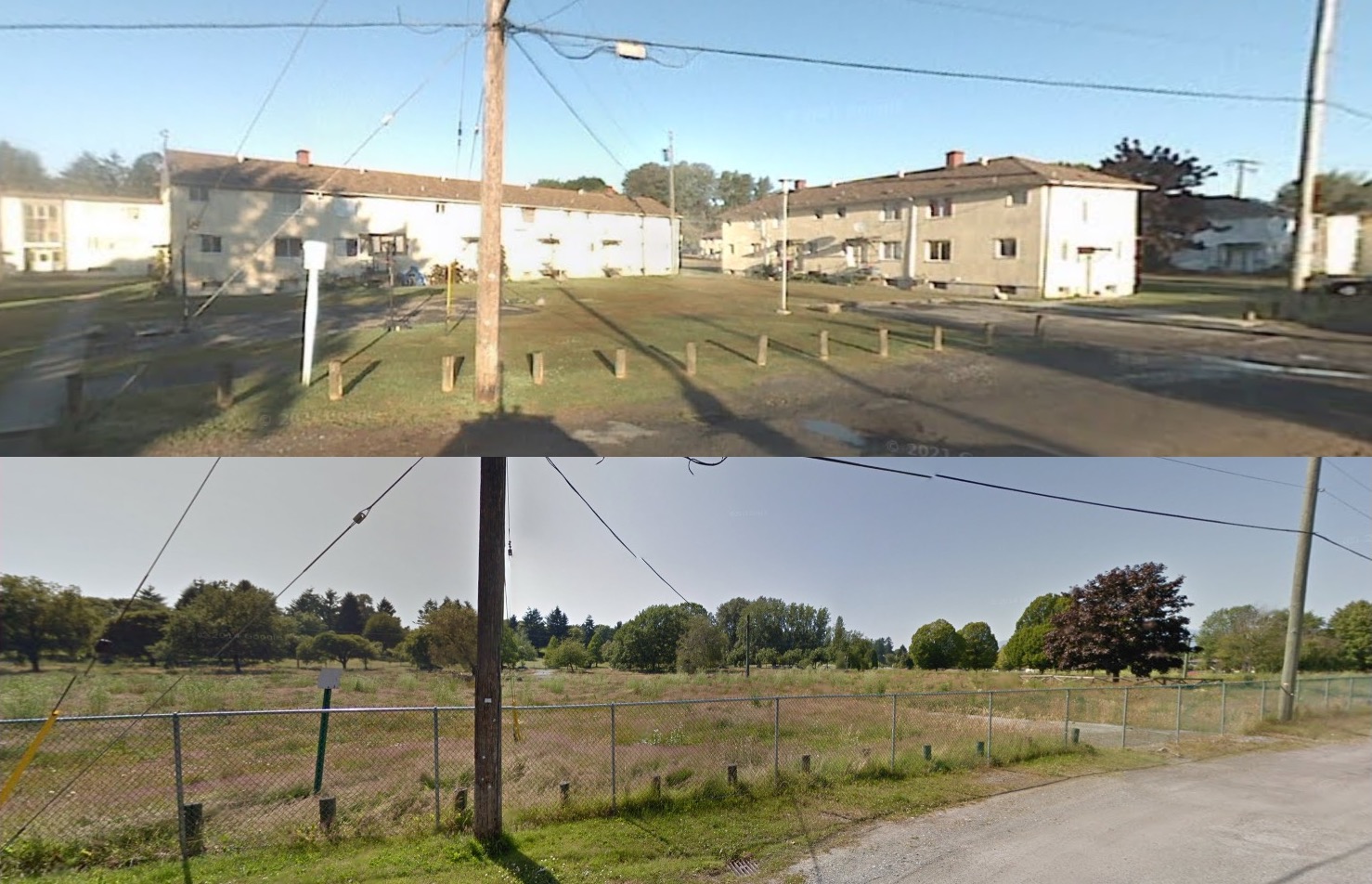 The following piece was written by VTU member Nathan Crompton.

Little Mountain was BC’s first mass social housing project, active from 1954 onwards and housing more than 700 people on the eve of its demise in 2009. Today the property, located in the area near Main Street and 33rd Avenue, is the site of a crime. For more than ten years it has served as the speculative landbank for a billionaire property developer, thanks to a government sell-off contract that stipulates no timeline or construction targets for new housing on the site.

Many of those who signed the death warrant for Little Mountain are the ones now shedding fake tears about the loss. Vision Vancouver councillors who signed the demolition permit in late 2009 are now the same figures leading the BC NDP, including Premier John Horgan's chief of staff, Geoff Meggs. Today there is no sign that the provincial party will meaningfully intervene in the crisis at Little Mountain.

In 2009 the sitting NDP MLA at the time was symbolically opposed to the demolition, but actively discouraged any form of direct opposition. In 2016 Vision approved the rezoning in 2016, again providing no opposition or resistance to the privatization. All of these regrettable events speak to a much wider decline of the social-democratic left in Vancouver and BC, which in turn needs to be placed in the historic context of the housing gains of postwar democracy of which Little Mountain was an important and emblematic case.

To understand the present crisis at Little Mountain, we first need to look back to the birth of the project. Little Mountain was born from a working-class struggle in the 1940s and ‘50s that went against the odds, accomplishing what had been declared impossible and utopian: a public program to build social housing and a plan to begin prying Vancouver’s housing away from the imperatives of profitability, corporate greed, and private ownership.

The years immediately after the war in Vancouver saw the beginning of an unprecedented mobilization that forced planners, city councillors, and federal politicians to reluctantly break with the market-oriented housing policies of the previous decades. In 1946, veterans and workers prominently occupied the Hotel Vancouver. They made demands for housing and converted the hotel into an improvised “palace for the public.” [1] What had begun as a picket around Hotel Vancouver soon transformed into an occupation that eventually won on-site emergency shelter for 1,200 families at the hotel. These events closely followed a period of upheaval that put Vancouver authorities on the defensive. Already in 1944, Vancouver City Council expressed its anxiety about unrest and social disorder, warning the Prime Minister of the “potential danger for social unrest in the city’s grim housing situation.” [2] By 1946 the situation reached a peak and local authorities feared a “public insurrection.” [3] In the face of mass protest and organized opposition, planners adopted a defensive strategy, reluctantly promising market regulations and investments in publicly owned housing. 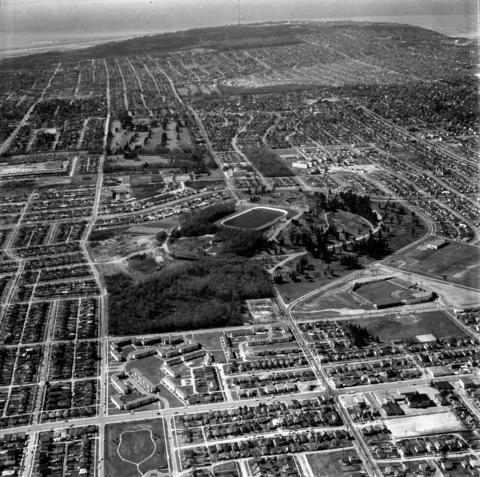 At this same moment, workers and housing organizers were also demanding housing at the Little Mountain site. In 1946 thirteen families engaged in militant action at the Little Mountain army camp, occupying the existing army barracks and demanding affordable housing (not far from the eventual site of the Little Mountain housing project). They formed the Little Mountain Squatters Association (LMSA) and began making demands on the municipality. The squatters demanded immediate services like water and electricity, but they also pushed for a national housing program, echoing the demands of the Vancouver Housing Association (VHA), the Communist-led 5,000 Homes Now! campaign, and a number of other housing groups. [4] Within a few years the movement would secure what would become one of the first postwar housing victories in Canada. In 1949 a national program was finally created and plans for social housing at Little Mountain were put in motion.

The LMSA and VHA were part of a wider constellation of social movements across Vancouver that forced the hand of planners and provincial Ministers. Yet not surprisingly, promises were fleeting and government action was slow. By 1950 it was clear that talks between the Province, the Canada Mortgage and Housing Corporation, and the City of Vancouver were being delayed over what the Vancouver Sun called a “long-standing stalemate.” [5] When plans finally seemed to be moving forward in 1951, bourgeois opinion in Vancouver turned strongly against the project due to rising construction costs, nearly killing the project in its tracks. [6] Increasing resources were being diverted towards the Korean War, and designers were forced to reduce costs by proposing a wood frame construction rather than the original masonry.

The 1952 redesign by architects Sharp and Thompson, Berwick, and Pratt set the mould for what was eventually built on the site. The architecture of Little Mountain would combine a Garden City aesthetic with Le Corbusier’s model of ‘Towers in the Park,’ more typical of postwar modernism. [7] The Little Mountain project continued to field opposition and was almost overturned by local business leaders and politicians, resulting in a narrow approval by City Council. Business elites and land developers placed enormous oppositional pressure on local officials and elected councillors, but organizers built an effective public campaign, supported by workers, renters, and a number of organizations including the Vancouver Labour Council, Community Planning Association, and the Building Trades Council. Finally, in 1954, 224 units of social housing were built at Little Mountain, making it the first mass housing project in BC.

In 1970 Little Mountain became the first tenant-run social housing in Canada, operating within a framework of tenant self-management and user control. Despite its limitations, this model was unthinkable in private rental housing both then and (especially) now. An ideology of participation and self-management was arguably present from the very beginning of postwar Modernism in Vancouver, particularly visible at the influential exhibitions of the Art in Living group at the Vancouver Art Gallery in the years immediately after the war, including The New Community (1945) and Art in Living (1945). [8] The Group wanted to defend, in their own words, “the idea that citizens must be participants in planning and that they must no longer be the mere recipients of dead formulae served out to lazy minds.” [9] 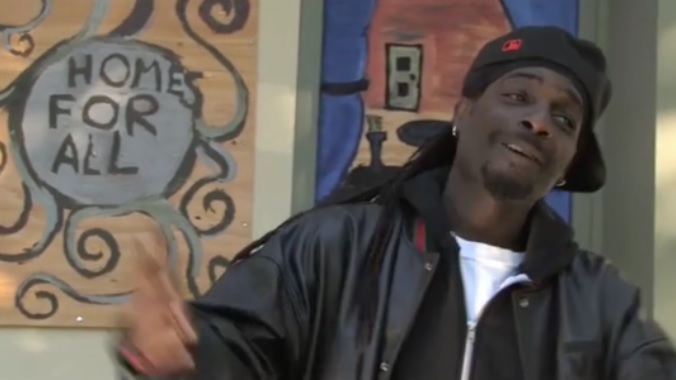 It’s clear that although they were not at the avant-garde of the housing movement, social democrats nonetheless were dragged into the postwar struggle. Fast-forward to the 2000s and it became obvious that times had changed. Prominent social democrats had switched entirely to the other side of the housing conflict, symbolized in Jim Green’s public relations campaign on behalf of the property developer at Little Mountain. [10]

Holborn was only one of the many property developers who put Green on the payroll. The social democrats who had overseen the decline of the left were now sharpening their knives on the corpse of Little Mountain. The 1980s had been hard on both the morale and the material underpinnings of social-democratic organizational life. Yet despite the rude awakening brought by the downfall of Operation Solidarity and the rise of the New Right in BC, the mainstream left continued to pursue its middle-class path towards property ownership and other settler-colonial “freedoms.”

Social democrats have continued on this path ever since, all while suppressing the real history of the movement for housing in BC. They have done so sometimes to protect their new property-owning interests, but also out of a passive obedience to the inertia of history and their deference to so-called “objective” conditions. The erasure of history and the willingness to chaperone the local ruling elite were on full display in the mid-2000s destruction of Little Mountain. This could be felt among planners and politicians, but also within the ranks of many of those involved in the fight to defend Little Mountain.

Little Mountain in the Crosshairs

Memory is an unreliable narrator, and the Little Mountain housing project is often framed as part of the postwar optimism and social generosity of a victorious Canadian liberalism. In reality it was the outcome of an intense class conflict – one that, on many occasions, almost tipped back in favour of developers and property-owning interests. Property developers like C.B. Balfour, N.W. Hullah, and J.S. Wood were particularly vigorous in their attack on what they believed to be a “socialized” project. [11] One of the many “revisionist” myths that circulated about Little Mountain in the following decades was that it was originally a charitable gift from a private owner with philanthropic intentions, who supposedly wrote social housing into the project’s legal covenant. Researcher and former Little Mountain tenant Thomas Thomson searched through land titles in hopes of confirming the story, which might have provided a legal obstacle to the demolition of Little Mountain.[12] He discovered, unfortunately but not surprisingly, that the story was untrue.

Yet too many of those who opposed the sale and demolition of Little Mountain in 2009 operated on the idea that Little Mountain was won in the 1950’s through a voluntary spirit of class collaboration and a vague progressive mythos. Whether they subscribed to the specific idea of a land covenant, they clung to a philanthropic origin-myth for Little Mountain. In turn they rejected the very tactics that renters and workers used to win social housing at Little Mountain in the first place: direct action, squatting, creative militancy.

This lesson is a bitter one and was felt early on in the process of the privatization of Little Mountain. In late 2009, Vancouver’s “progressive” city council (under the leadership of Vision Vancouver and then-Mayor Gregor Robertson) granted the demolition permit for the 224 units of on-site social housing, collaborating with the Provincial government’s sell-off of Little Mountain. From this point on, the dividing line between tenants and property-owning interests was firmly drawn, as was the line between activists and political professionals. Ultimately the latter forces prevailed.

In August 2009, members of Community Advocates for Little Mountain (CALM) announced a direct action on the Little Mountain site to protest the project’s sale, but NDP MLA David Chudnovsky used his sway to convince CALM to abandon the action. Thereafter, CALM’s involvement would increasingly be based out of the MLA’s local constituency office, falling prey to the all-too-familiar tactics of tepid “advocacy.” Despite a few heroic moments of tenant refusal to leave their individual buildings, the emphasis on consensus “governance” and the electoral priorities of the NDP marked the beginning of the end for any possible victory at Little Mountain.

To this day, the vast swathes of land that sit empty throughout Vancouver are a living testament to the social tragedy of neoliberalism, but also a testament to the failures of center-left brokerage politics in Vancouver and across BC. The story of Little Mountain is a vivid illustration of the fact that the mass housing associated with Modernism cannot be attributed to the productive forethought and initiative of a benevolent state. Like most social infrastructure built for the working-class, mass housing was the living product of a collective struggle, however imperfect or watered-down it would ultimately become.