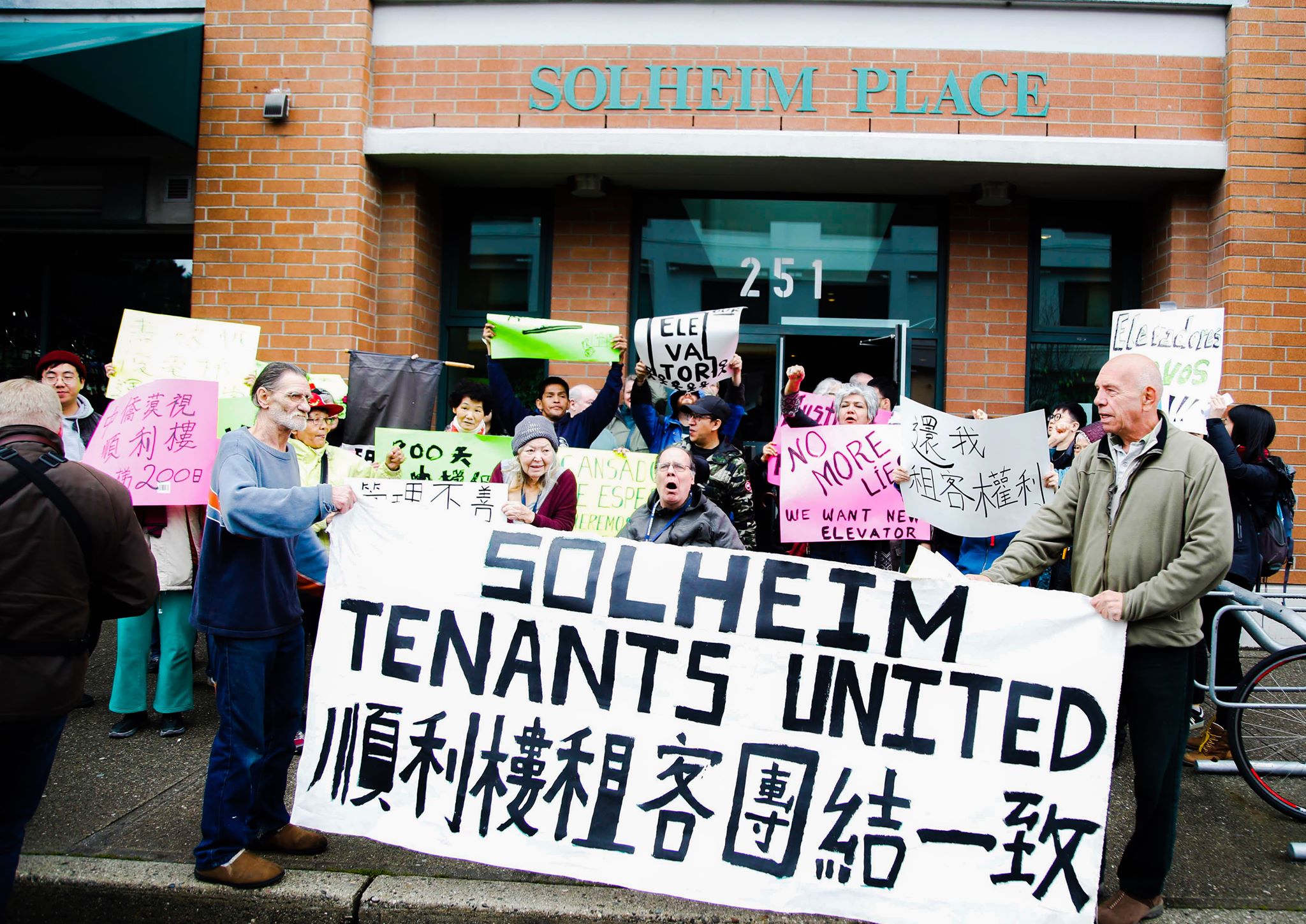 The fund will provide up to $8000 annually for language interpretation at VTU general meetings, translation of web, print and other organizing materials, and a solidarity fund that other groups doing multilingual tenant organizing can apply for.

The Solidarity Fund for Multilingual Tenant Organizing will consist of up to $500 per quarter (topped up every three months). These funds are to be made available on request by sending a written application via the Vancouver Tenants Union website or email. Approval of the application to be reviewed by the Vancouver Tenants Union Steering Committee within two weeks of receiving the application. Applications will be approved based on the following criteria:

The resolution was crafted by members Yi Chien Jade Ho, and Sydney Ball.

“After seeing the challenge and the success of the multilingual tenant organizing at Solheim Place this year, we felt that the VTU should play an active role in supporting multilingual organizers doing this work,” said Ho. “I am excited by the potential this fund has to build tenant power in non-English-speaking communities and encourage an organizing culture in VTU.”

Vancouver is home to thousands of residents who do not speak English, or have limited English. For example,  28% of Cantonese speakers in the city do not speak either French or English.

The Vancouver Tenants Union was  founded in 2017 and currently has over 1800 members.

The full text of the motion that passed can be found HERE.

Apply for the Solidarity Fund for Multilingual Tenant Organizing HERE.