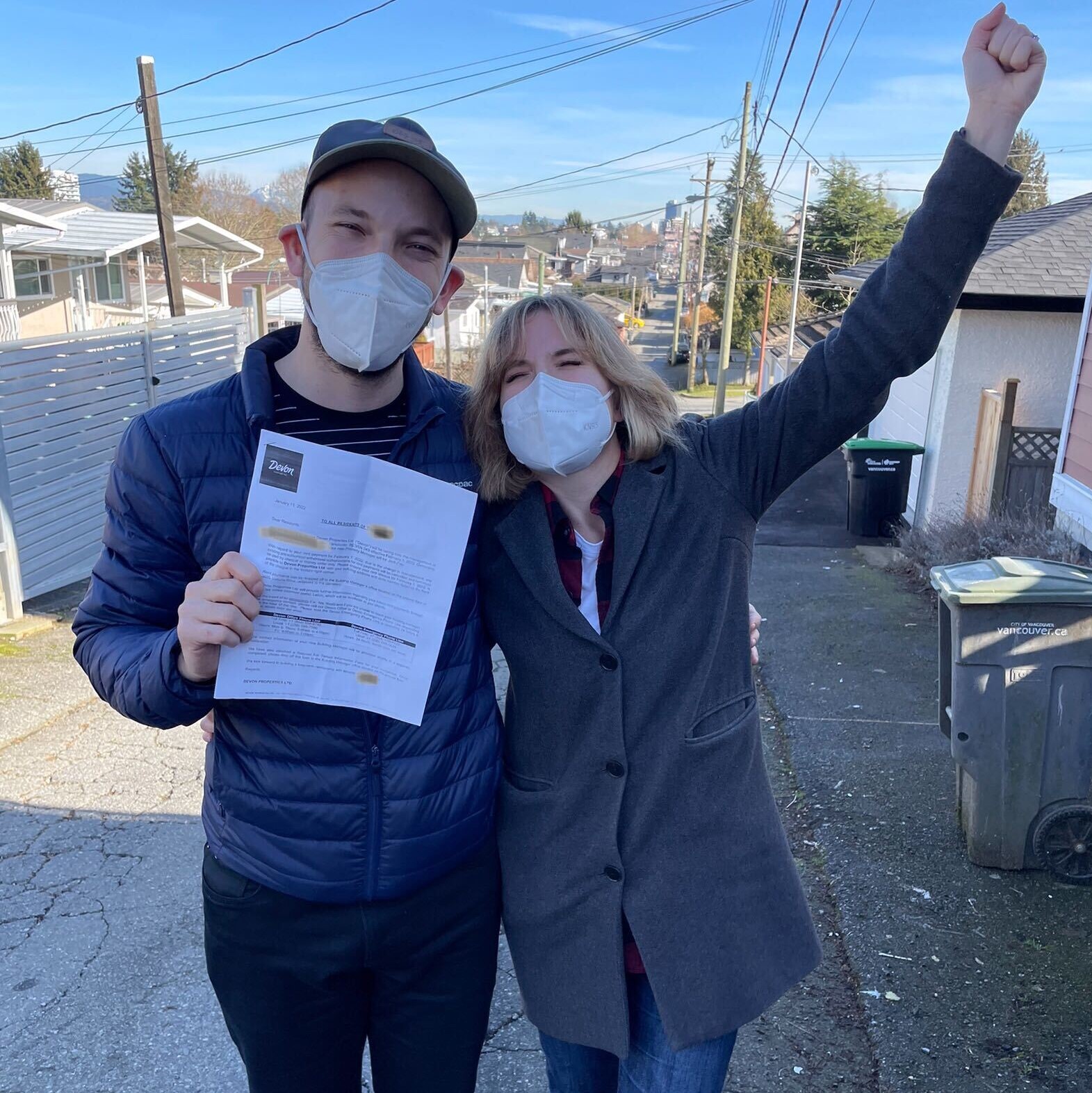 Everyone knows that new rental buildings aren’t cheap. But one thing you wouldn’t expect is having to deal with a constant stream of problems when you are paying such high rent.

Yet that is what hundreds of renters in one new building near Trout Lake have been facing since they moved in over one year ago. The initial issues seemed to point to shoddy construction - exterior doors that wouldn’t close properly, ventilation issues, electrical issues. The tenants were quick to point out these issues to the property management company, FirstService.

However, as months went by, the issues became more severe. Within a few months, the building was broken into. Alarms went off. Vehicle windows were smashed. Despite this obvious intrusion, FirstService told residents that there was no break in. Tenants started to realize that their safety and security was not being taken seriously. As the months accumulated, the issues did as well. From persistent faulty construction like leaking roofs, to ongoing security issues including front doors stuck wide open for anyone to enter, everything continued to be downplayed and ignored by FirstService.

A small delegation of tenants met with representatives from the property management company in hopes of resolving these ongoing issues. Instead, tenants were told that if they didn’t like the way things were, they could move.

In exasperation, some did move out. But most were not willing to give up, and wanted to fight for their right to safe and secure homes. This is when they reached out to the Vancouver Tenants Union.

Although the tenants had made multiple attempts to resolve these health and safety issues by documenting and reporting them to their property manager, individual tenants, and even a small group of tenants did not have the leverage they needed to force FirstService to act. Working with VTU organizers, the new strategy would be to organize a majority to win.

Neighbours began reaching out to each other and carefully documenting maintenance issues - especially the systemic ones that affected everyone. After months of collective effort, over one hundred tenants co-wrote and signed a letter that meticulously outlined the building’s issues and FirstService’s disregard of multiple requests for repairs. The tenants sent the letter and signatures to the building’s owners.

Within a week, the building owners notified tenants that they were firing FirstServices and bringing on new property managers. Working collectively, being meticulous with documentation, and involving a majority of the building’s tenants paid off.

Although it remains to be seen how the new company will deal with the repairs, now neighbours are organized, and will continue to push for healthy, safe and dignified living conditions.

Actions like this demonstrate that strategizing with your neighbours and taking action collectively increases our leverage as renters.