Battle For the Balmoral Hotel 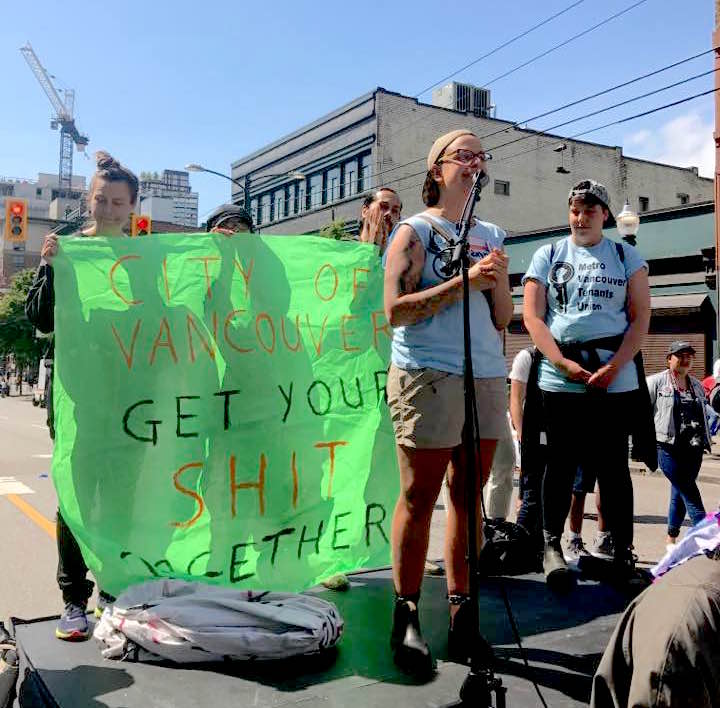 Our members played an active in the battle for justice for Balmoral Hotel tenants... 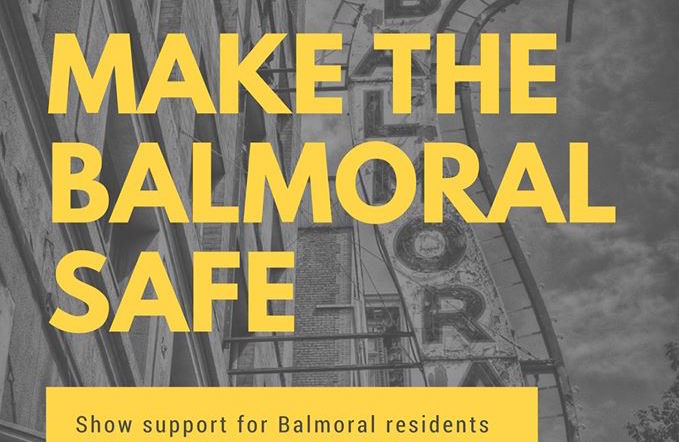 Tenants of SRO Hotels owned by the notorious Sahota Family slumlords have faced unimaginably terrible living conditions for many years. In the Balmoral Hotel on East Hastings, issues have included no hot water (or not water at all), no heat in the winter, elevators often not in service, a continual rat problem, and piles of garbage in and around the building. It is a human rights crime-scene.

As housing advocates and press mounted pressure on the City of Vancouver to address the issue, the city sent its engineers into the Balmoral for an inspection of the conditions.

Then, on June 1st, the City declared the building unsafe to occupy.

The city gave tenants 10 days to vacate the building, calling it an 'evacuation' rather than an eviction - the problem was, there was no where else that the low-income tenants could go.

Many wondered why the City had not enforced its own Standards and Maintenance Bylaws - which had allowed the Sahotas' neglect of their buildings to go unchecked for years.

VTU members - who were already working with other housing advocates in the Balmoral around a Class-Action Lawsuit against the Sahota Family - immediately began organizing with tenants to ensure their rights would be protected. Some were on-site every day as the crisis unfolded.

Balmoral tenants and VTU members occupied the Mayor's Office, demanding that the repairs be carried out by the City with the bill going to the Sahotas. The outcome to avoid at all costs was having tenants be sent to shelters. 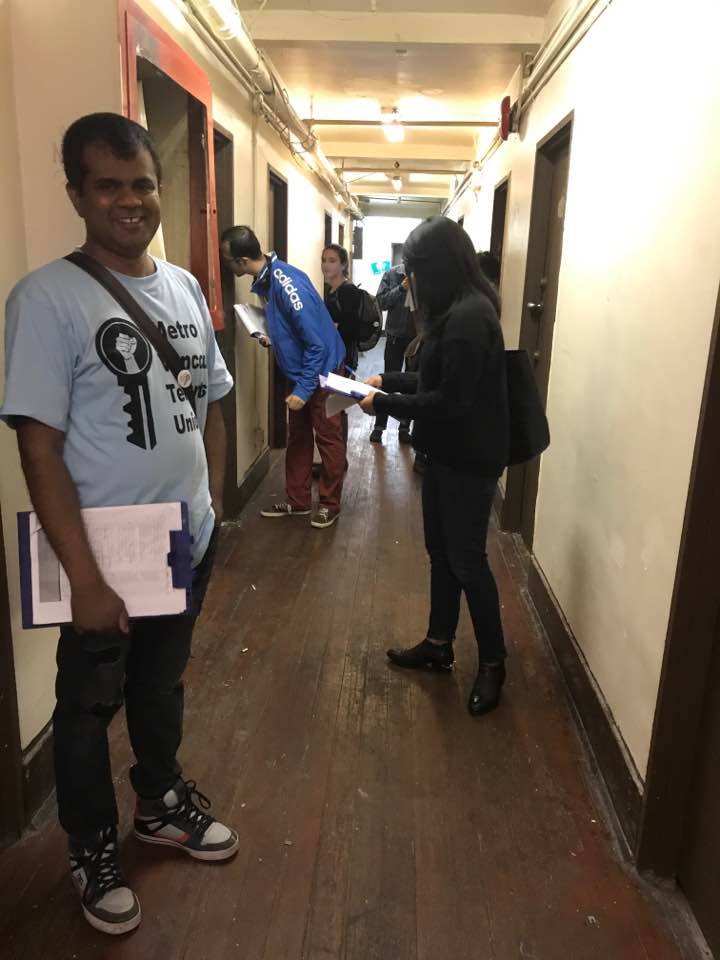 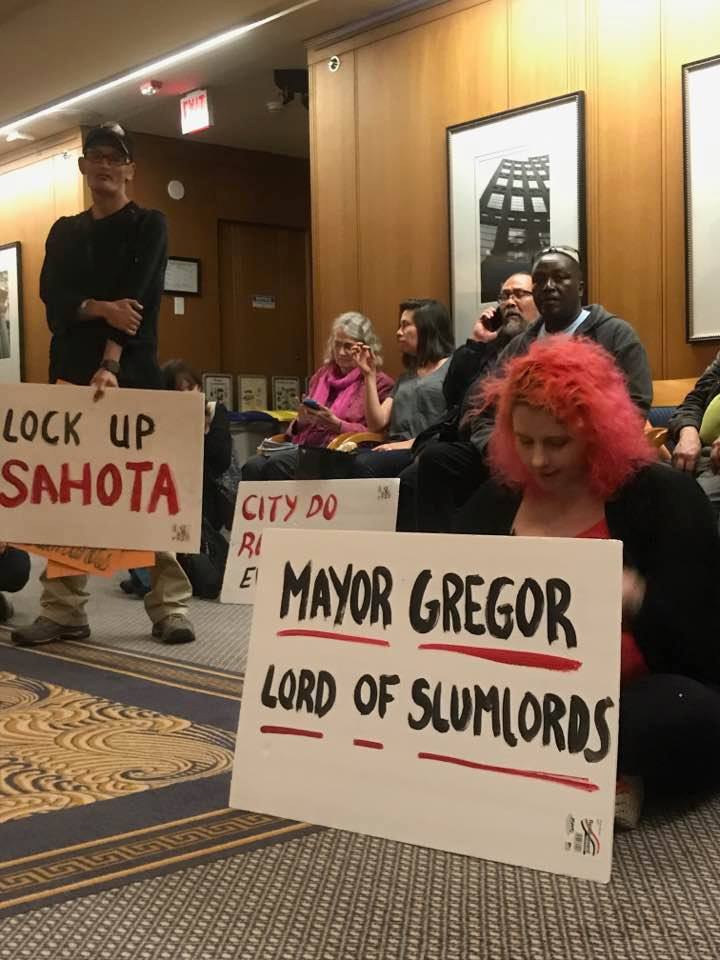 Many were surprised that the City was somehow able to find to secure new housing for 131 of the building's 150 tenants within days of the 'Evacuation' notice.

The day before tenants would have to move out, VTU members helped organize an unsanctioned block party outside the Balmoral - a rally against slumlords and government inaction, but also a moment of communal catharsis after a difficult few weeks. Amazing music and moving speakers made the event particularly memorable. 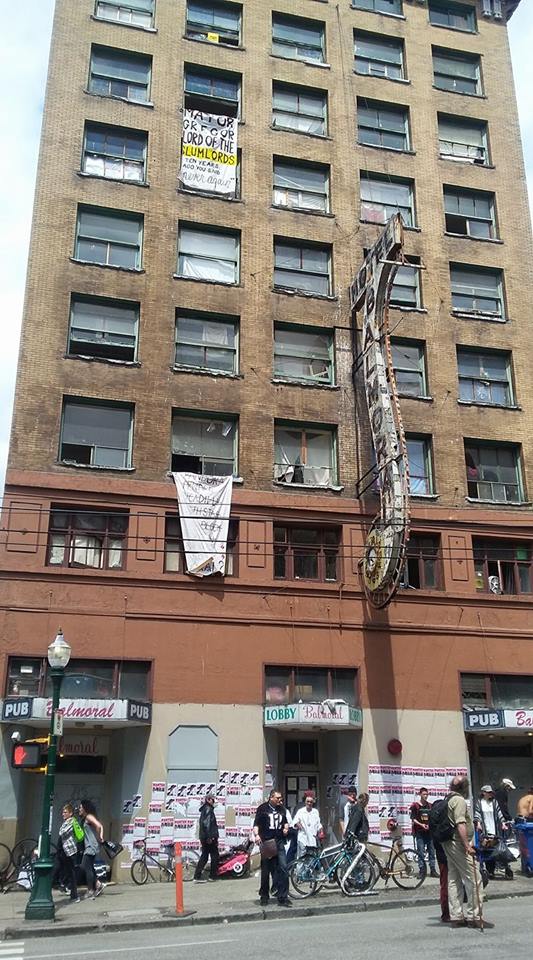 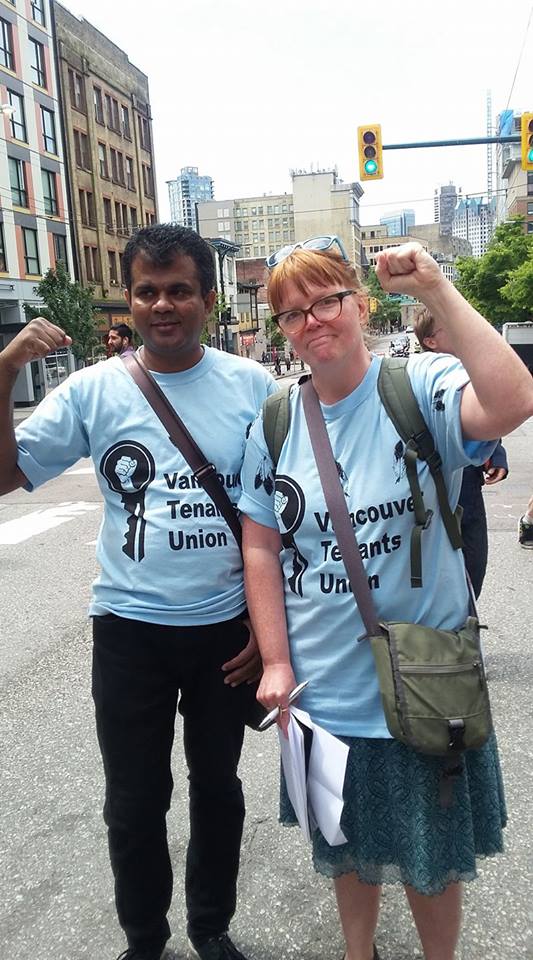 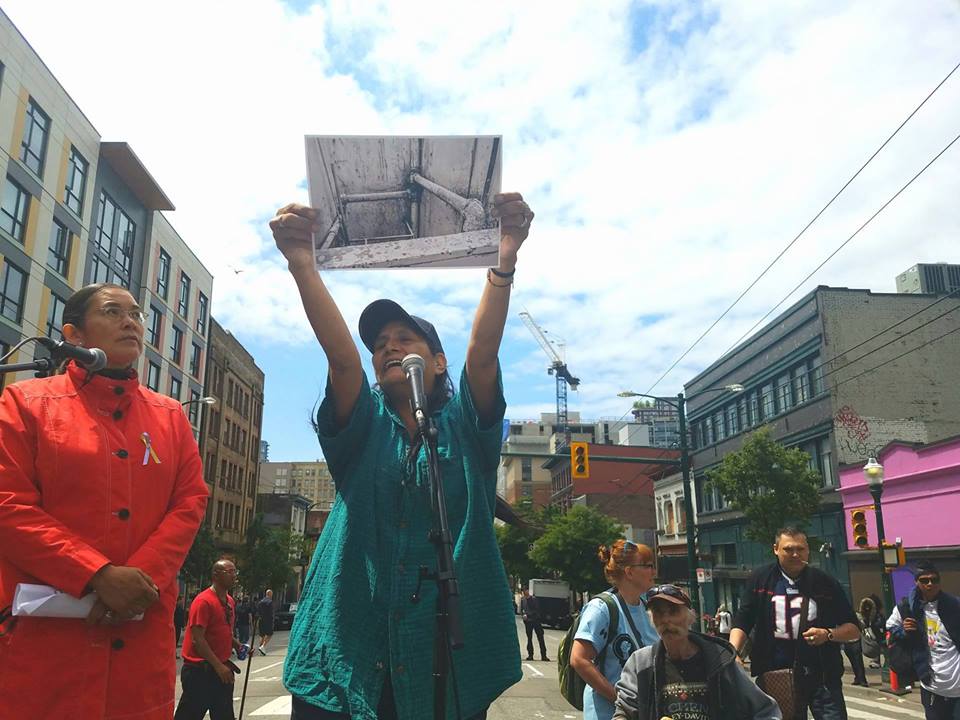 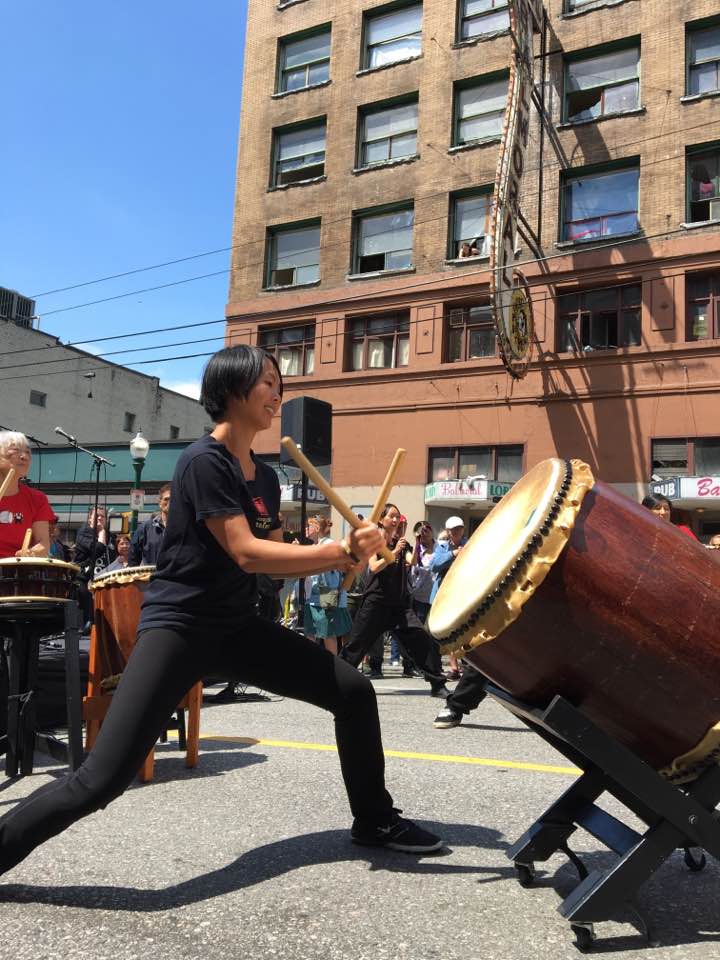 On move-out day, tenant organizers and housing advocates were on hand to ensure the tenants secured cheques for approximately 2 months rent and the return their damage deposits from the Sahotas. Of course, the cheques were dispensed with the stipulation that tenants would not sue the Sahotas for damages in the future.

Unfortunately some tenants were forced to relocate to shelter, though just temporarily, according to the City. Time will tell.

Overall, the Balmoral Battle provides some important early lessons to VTU members - how slumlords and all levels of government will show unbelievable neglect and indifference towards tenants facing dire living situations. But it also showed that tenant organizing can be a powerful tool for unifying marginalized voices and stirring broader public opinion to push governments to act.

There's still a long road ahead.

"Vancouverites band together for the Balmoral Hotel" - The Globe & Mail

"City secures housing for those evacuated from Balmoral Hotel" - News 1130

"Moving day for residents of the Balmoral Hotel" - CBC News