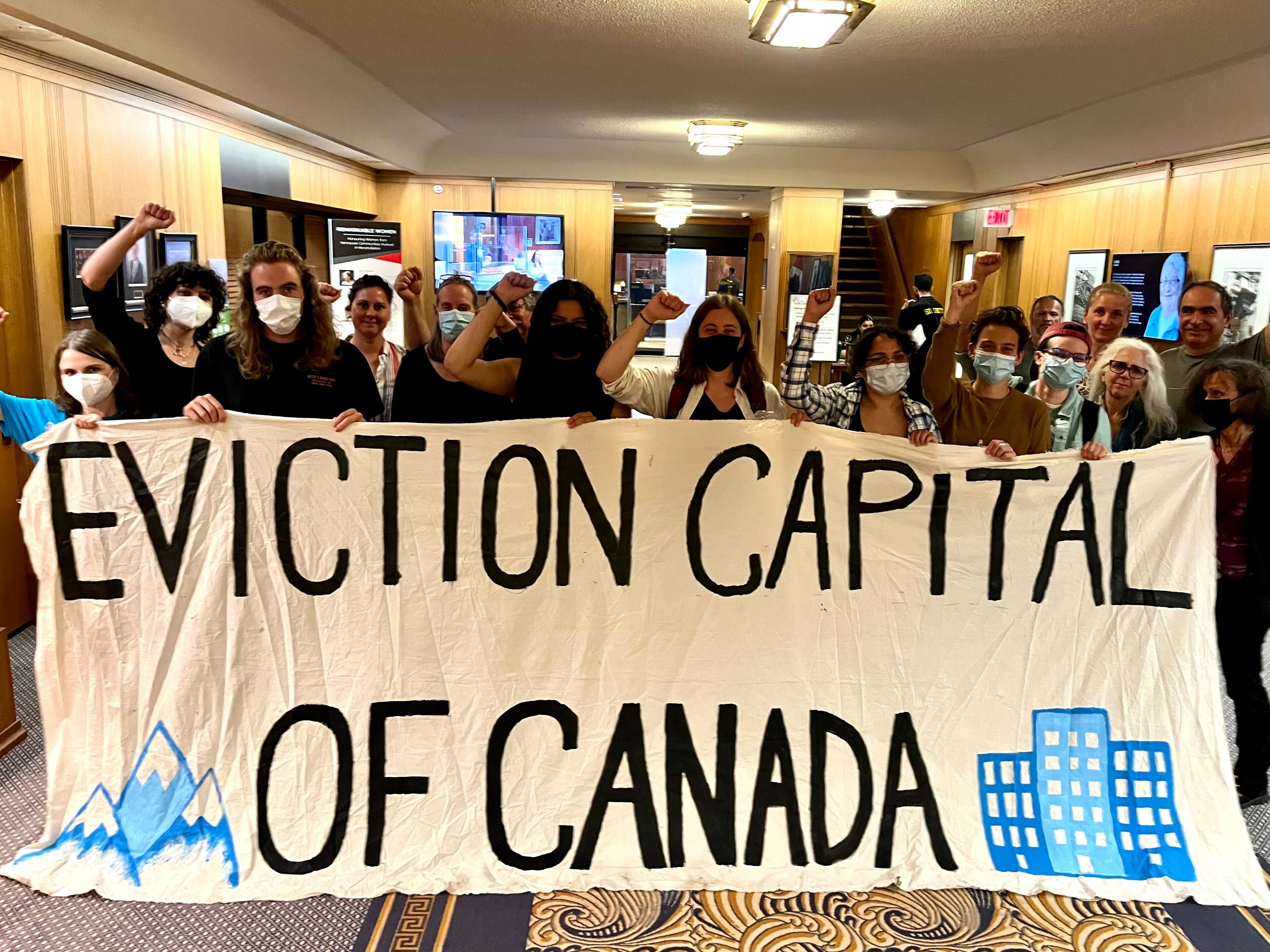 Over 70 tenants are facing demoviction on 906-982 W 18th Ave and 907-969 W 19th Ave (Balfour Block) have organized and submitted a collective letter to the City of Vancouver in order to give them a fighting chance to stay in their neighborhood. The Balfour Tenants Collective’s demands include:

“This is an opportunity for the City of Vancouver to put their intentions of supporting tenants through redevelopment into action so that tenants can continue to work and live in their community,” said Balfour tenant Sonja Magnuson.

Developer Wesgroup’s rezoning application is going to Public Hearing on Thursday, July 21st. Regardless of whether the project is approved by the city, the Balfour Tenants Collective will be pursuing their asks in addition to provisions laid out in the City’s Tenant Relocation and Protection Policy (TRPP), which they feel is an inadequate policy for preventing displacement. While the Cambie Corridor Plan does offer some tenants the right to return at their old rents (plus annual allowable increases), it does not offer rent top ups. Without rent stabilization during the redevelopment, the “right to return” is a hollow promise for the majority of the tenants.

“The Broadway Plan, which passed at council just weeks ago, includes much stronger tenant protections than what these tenants just a few blocks south are being offered,” said Jess Gut of Vancouver Tenants Union’s Fairview Chapter. “These tenants are being pushed out of their homes and know that they deserve a better deal than the bare minimum that the city policy requires.”

In 2019 Wesgroup President Beau Jarvis sat on Burnaby’s Community Housing Task Force which, in 2019 hammered out municipal tenant protections that set a precedent for the region - including some of the very provisions Balfour Tenants Collective is demanding.

The Vancouver Tenants Union has been campaigning for the city of Vancouver to fix their inadequate tenant protections since 2019, and has specifically called for Vancouver to at least match Burnaby’s Tenant Assistance Plan, which requires developers to offer tenants a suite in a newly built unit at the same rent they were previously paying, and provide a rent top up while the unit is being built. The Vancouver and District Labour Council endorsed this campaign in 2020.