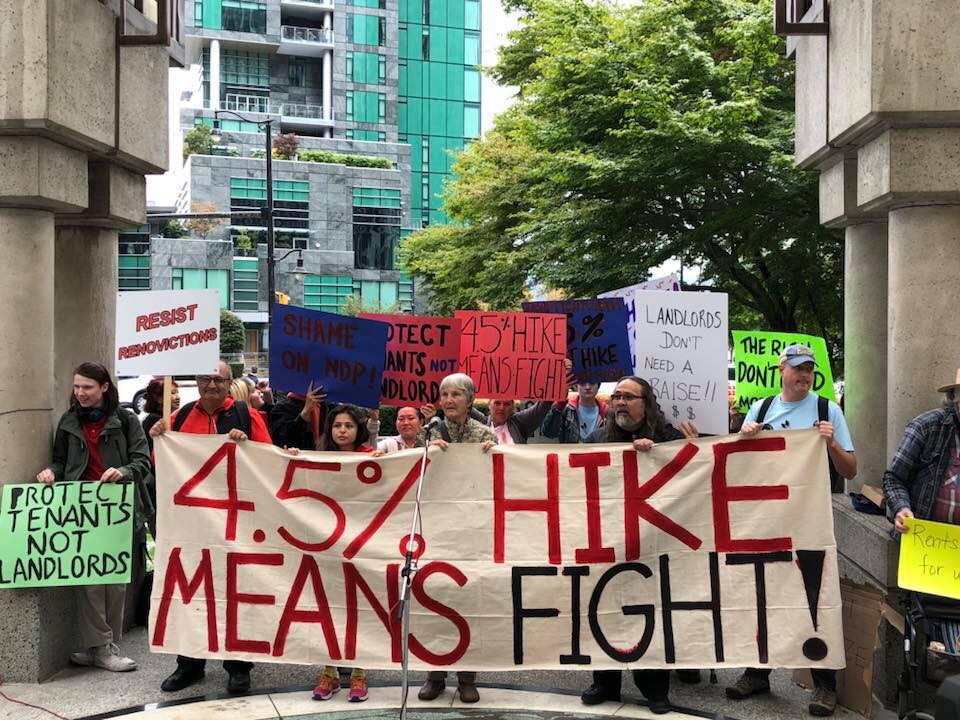 Here's a quick re-cap on the events that led up to the BC Government lowering the annual allowable rent increase from 4.5% to 2.5% for 2019...

In early September, the Residential Tenancy Branch announced that BC landlords would be allowed to raise rents a maximum of 4.5% in 2019. The formula for determining rent increases in BC has been inflation + 2% since 2004, however this announcement marked the highest legal rent increase in 15 years.

VTU members and renters across the city - already struggling in the midst of the housing crisis - attended a standing-room-only VTU General Meeting on September the 8th to, ready to mobilize and tell the government loud and clear that thet could not stand to be squeezed year after year as rising rents outpace wages and inflation.

The VTU held a rousing rally on Sept. 13th outside the downtown Vancouver office of Landlord BC - a lobby group arguing in favour of the automatic annual increases. 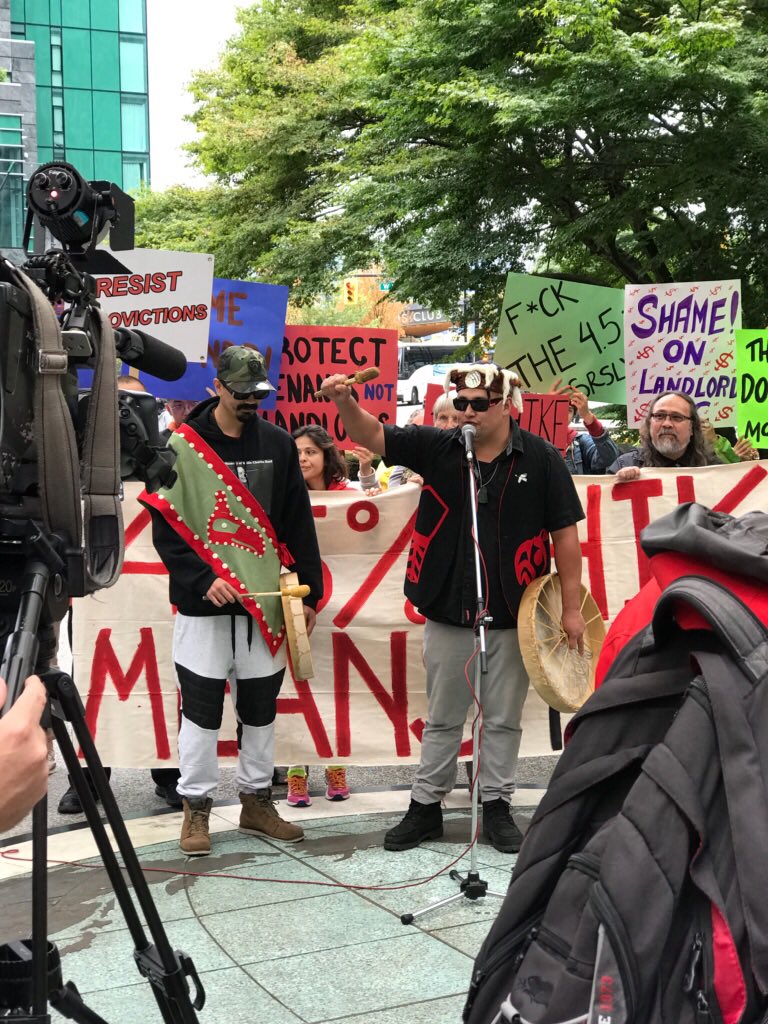 The VTU has also set up a ‘click to call’ page on our website, where tenants could call the office of Municipal Affairs and Housing Minister Selina Robinson to share their concerns about the proposed rent increases - over 100 people participated.

Meanwhile, province-wide, community organizations, advocates, labour unions, and civic parties were putting pressure on the provincial government to change course on social media, and through consultations with the rental housing task force, which had been taken place earlier in the year. Several weeks later, the Rental Housing Task Force decided to release one of its report recommendations early - to lower the annual increase formula to inflation only. The government enacted the change within days - meaning the 2019 rent increase would be lowered to 2.5%. year

While the VTU has advocated for a total 4-year rent freeze (similar to what was done in New York City), many tenants were relieved by the partial-victory. Additionally, many VTU members were emboldened by the mass-mobilization that led to tangible change at a policy level. None of the organizations advocating against the rent increase were formally working together, but imagine if we were! 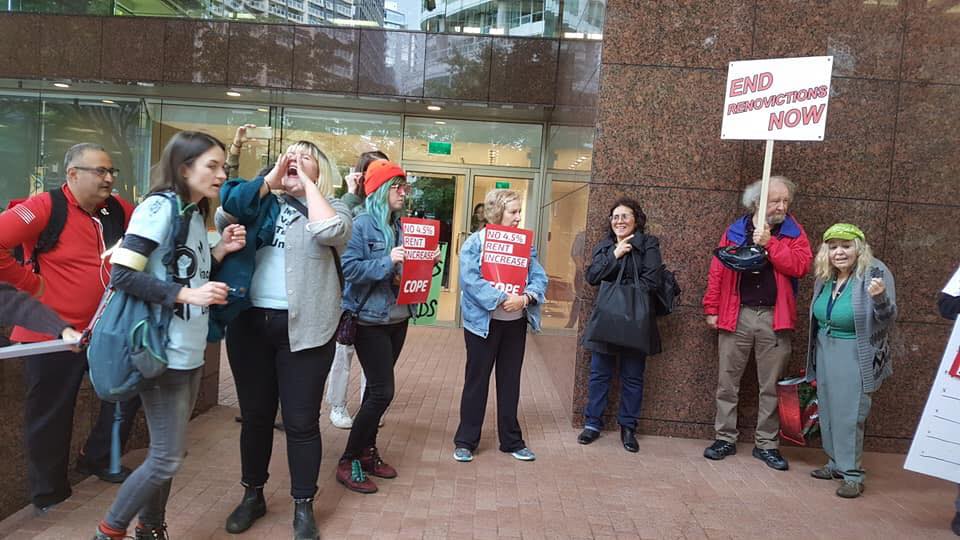 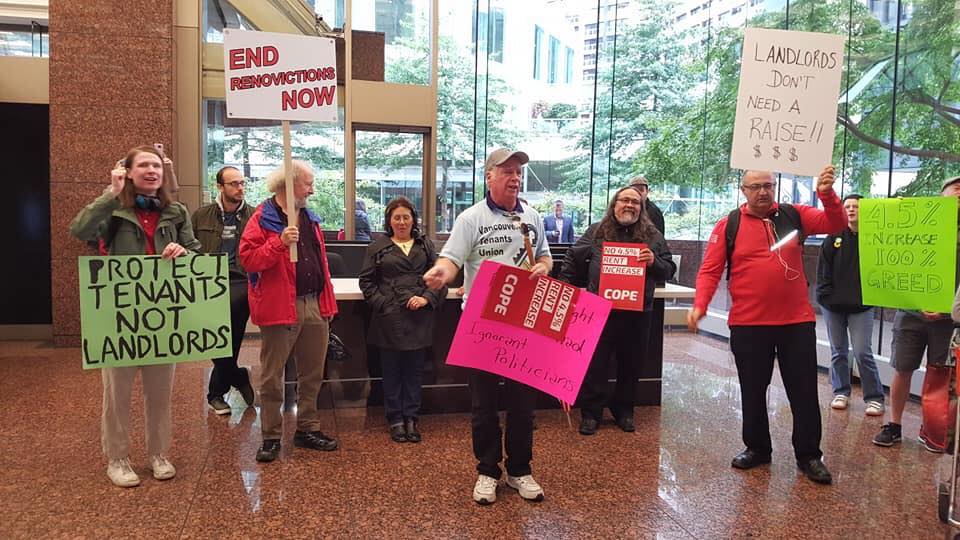