Metro Vancouver Rents Up 20% Since BC NDP Formed Government

New numbers from the Canadian Mortgage and Housing Corporation (CMHC) released today show that despite widespread economic downturn from the pandemic, Metro Vancouver’s average rents increased by 2% in 2020. Meanwhile, average Metro Vancouver rents have jumped 20% in only four years since the BC NDP - a party that promised to deliver on housing affordability - formed government.

The province cut annual rent increases allowed during a tenancy down to CPI rates in 2018, and froze increases last year until July 2021. But the province has refused to consider tying rent controls to units (vacancy control), which continues to have major economic consequences for renters. A local renter who moved into a $1200/mo rental in 2017 would be paying $1327 today - up 10.5% based on compounded rent-controlled increases. CMHC averages show that the same unit could be rented to a new tenant approximately $1440 today - double the rent controlled increase.

“These numbers are an indictment of the provincial government’s weak response to our rental affordability crisis” said Sydney Ball, a member representative of the Vancouver Tenants Union. “Responding to a crisis with half-measures does not work. This is exactly why renters and advocates across the provinces have repeatedly called for rent controls to be tied to the units.”

The widening gulf between controlled and market rate rents continues to create an incentive for landlords to evict long term tenants. Successful renovictions and demovictions throw low income renters and seniors, who may have had stable housing for years, into crisis.

Tens of thousands of B.C. renters lost their incomes as a result of the pandemic, and struggled to afford their rent. In September 2020, the government allowed all evictions to resume after a brief moratorium, forcing renters already struggling to afford their rent controlled housing to find new housing at inflated market rates. 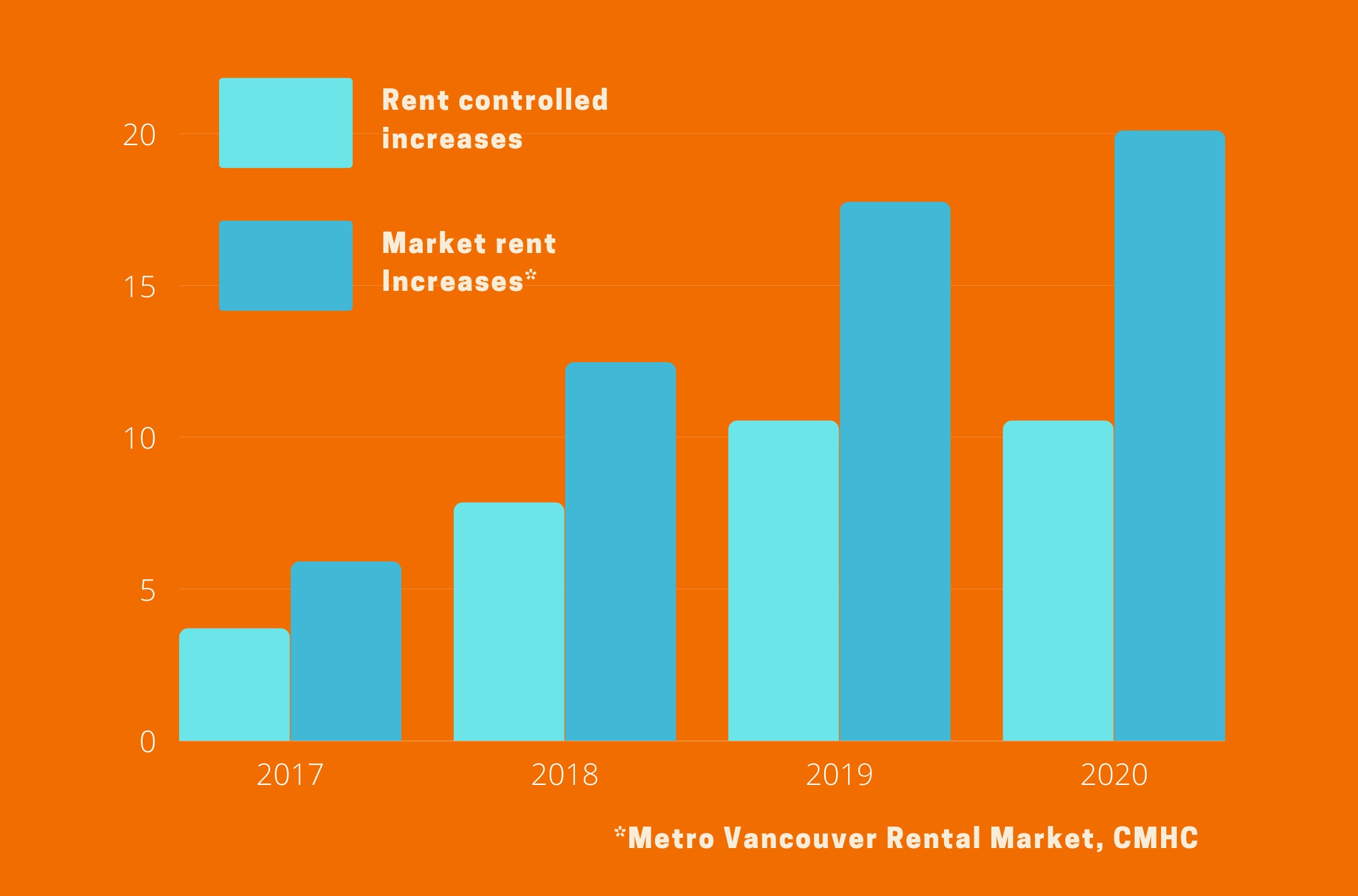