A Call for Support of Alice Saunders Residents

Alice Saunders House is home to 64 low income seniors and managed by non-profit Brightside Community Homes Foundation. Brightside has decided to invest a $18.1 million grant from the BC government in demolishing Alice Saunders Building and replacing it with a mixed market and non-market building. 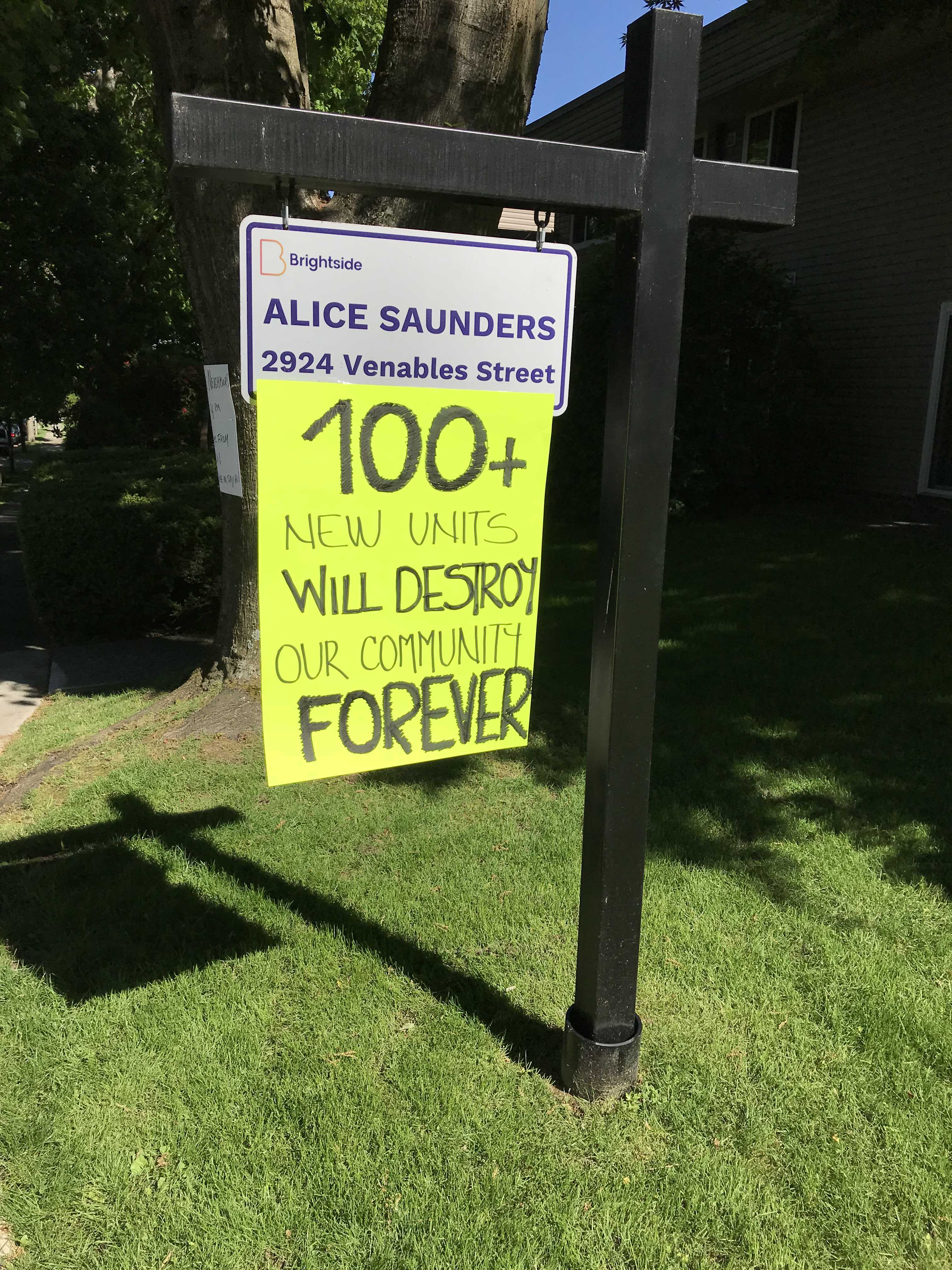 “They want to tear down a building in perfect shape,” explains VTU organizer, Sara Sagai. The residents living there, mostly seniors, have created long-term homes not only in their units, but in the shared grounds and with their neighbours. They’ve made it clear they don’t want to leave.

Rick is a resident who was just shuffled last year due to a similar tear-down. He says: “I do have some health problems. I’m nearly 73 years old…My social worker found me this place, and now they’re doing this to me again! I’m on three different kinds of medications… I just finished the place up the way I want it… It’s a beautifully maintained building… I talked to somebody from Brightside about moving, and they gave me a list of available places in different parts of town... And I’m trying to decide if I should move or hang on here for as long as possible.” Rather than treating tenants as a problem to shuffle around, social housing plans should signal that people are valuable, regardless of where they stand in the market.

After news coverage of the protest, some commenters expressed that the residents, who want to be consulted and have a choice in where they live, are acting obstinately or ‘above their station’ -- as low income renters who are not homeowners. Others commented that tenants should stop complaining because they have ‘the right to return’. However, it is unclear how the interim years of being severed from their community will affect the tenants’ physical and mental health. One resident, a senior named Johnny, said: “I think they just want us to go…I’m not used to such things anymore. I’m old now.”

According to CBC News, if a new building goes in, Brightside is planning that “30 per cent of the units will have deep subsidies to accommodate people on limited incomes, 50 per cent will have rental rates based on income, and 20 per cent will be ‘affordable market rentals.’”

Whether tenants are being viewed by developers or social managers, they are not simply numbers. VTU members in the Hastings-Sunrise Chapter will continue to support and stand in solidarity with Alice Saunders tenants.