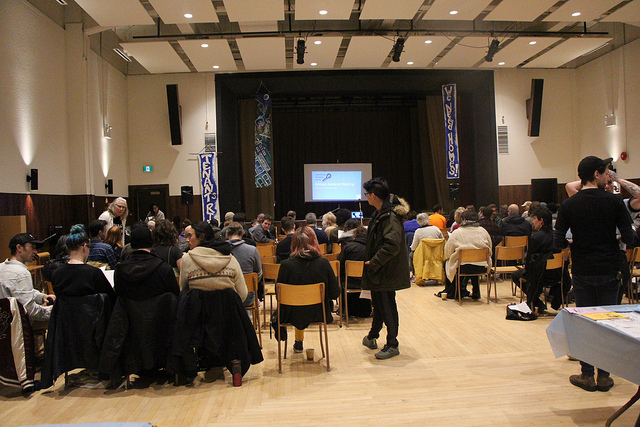 This year's convention theme was "building tenant power across unceded territories and borders". Guests were invited from other tenant organizations including:

The schedule featured workshops focused on funneling members into some of the VTU's existing working groups, with a goal of building volunteer capacity in the year to come. Members also enjoyed a free meal.

Members heard reports from the Steering Committee and from the following working groups:

Following the report-backs, members heard from nominees running for a term on the Steering Committee.

The following members were elected to the Steering Committee for 2019:

A big thanks to the amazing work of the outgoing Steering Committee Members from 2018 who have stepped down:

Also a huge thanks to all the volunteers who helped make the convention a success!

The VTU Convention and AGM was organized on the unceded and occupied territory of the Musqueam, Squamish and Tsleil Waututh.