On Sunday November 26th, 2017, the VTU came together for our VERY FIRST Convention and AGM.

Our jam-packed schedule provided an amazing opportunity for tenants and tenant activists to gather under one roof and talk housing justice. After a drum beat and welcome to steady our hearts in the morning we split up into workshops to learn everything from how to deal with bad landlords and their dirty tricks, to how to turn a rental building into a co-op.
We then gathered for the all important solidarity builder that is food. As we were treated to an amazing meal, downstairs was transformed into a "Housing Justice Fair" where participants could stop in to write a tenant haiku, or learn about responding to opiate overdoses.
In the afternoon we got the chance to learn about tenant-powered movements from other organizations, including:

Our guests helped show us that our struggles in this city are being faced in communities across Turtle Island, and that by sharing our knowledge, we can fight back against displacement. 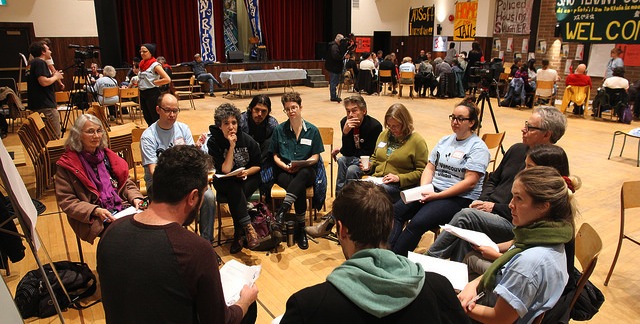 The Interim Steering Committee and Working Groups delivered reports on all that has been accomplished in the VTU's first six months, followed by debate and ratification of our new Constitution and Bylaws. Members voted to acclaim the steering committee nominees as the acting Steering Committee for the next term (one year). 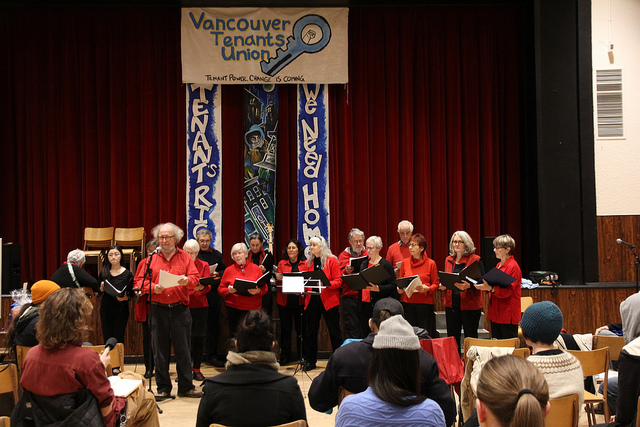 Special thanks to everyone who made this event a success, including our dozens of volunteer members, in kind donations, and financial support from the TSSU, Unifor Local 114, and the Vancity Grassroots Community Fund.

The VTU Convention and AGM was organized on the unceded territory of the Musqueam, Squamish and Tsleil Waututh.