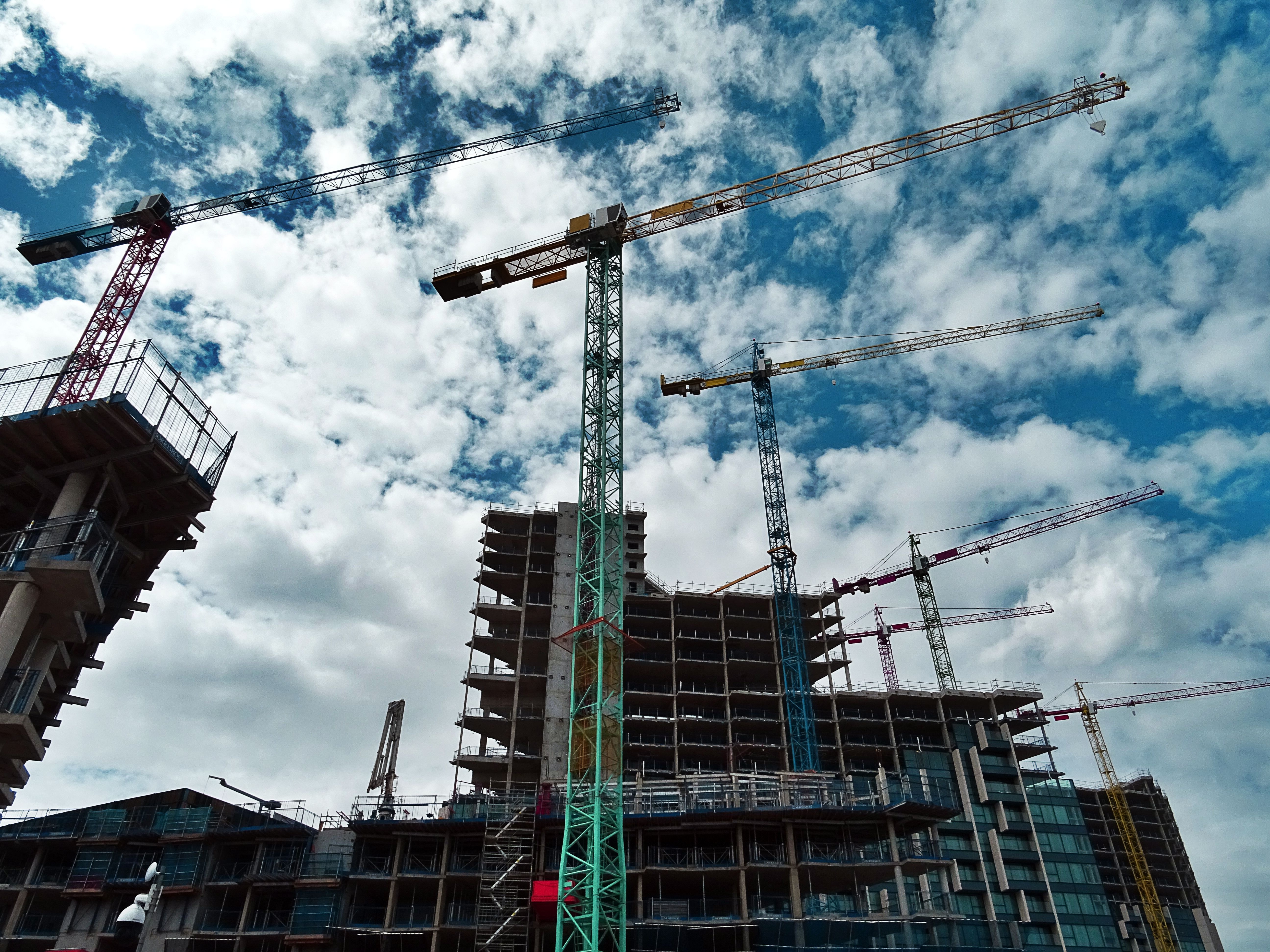 Aïssa and his neighbours were tired of breathing in dust and debris. His landlord had begun a new luxury development next to the tower where he lived. As part of the construction process, Aïssa’s building lost its underground parkade, access to the garbage chutes on each floor, and  the garbage disposal area overall. Garbage began to pile up, creating unsanitary living conditions. The building’s ventilation system already didn’t work, which meant that most of the residents kept their windows open, especially when cooking. But now that there was a new building going up, leaving their windows open meant breathing in dust and debris while being subject to a nonstop barrage of construction noise. The unsanitary living conditions, dust and noise quickly became a problem throughout the building, which includes single mothers, elders with respiratory conditions, tenants with various disabilities, infants, and a Syrian refugee on medication for their PTSD. Multiple residents were forced to move out, many of them citing a deterioration in their health. Some tenants couldn’t move and simply suffered with their windows closed. But their cooking set off fire alarms constantly, adding to the noise from the construction and disturbing themselves and their neighbours.

Larco Investments, the official owner of the Aïssa’s building, is one of the largest real-estate companies in Canada. The company itself is owned by the billionaire Lalji family. They own federal office buildings in five cities including the offices used by the Canada Revenue Agency, for which there has been extensive legal disputes between them and the federal government. Their most notable holdings in Vancouver include iconic buildings like the Fairmont Hotel Vancouver and Park Royal Shopping Centre. The company made headlines in 2016 with the release of the Panama Papers, which detailed their extensive ties to offshore tax havens.

Aïssa decided to write a complaint to the building manager, Maple Leaf Property Management (coincidentally also owned by the Lalji Family). He figured that if they were willing to suffer with the loss of their underground parking and garbage disposal, the least that the landlord could do was install a working ventilation system in the building. Sensing that it might not be so simple, Aïssa also called a city inspector, who confirmed that the ventilation wasn’t working and would need to be repaired. Hearing no response from Maple Leaf, Aïssa reached out again. This time, the landlord sent a contractor to inspect the building. Aïssa met with the contractor, who told him that the ventilation had a mechanical issue that needed expensive repairs.

But when the contractor published his report, it claimed the exact opposite, instead stating that the building was fine and that the ventilation needed no repairs.

“What the landlord did was illegal and unethical,” Aïssa said over the phone. “They paid their contractor to conduct an assessment and he wrote a false report on the state of the HVAC system in the entire building.”

It took two more visits from city inspectors (including the City of Vancouver Director of Property Use) and multiple letters from the city before Aïssa was able to get a response. Part of the reason it was so difficult is because of the way that Larco Investments structures its business to hedge their own liability.

The City of Vancouver gave Larco Investments an ultimatum: fix the ventilation issue in 15 days or the case will be forwarded to prosecution. The landlord delayed the repairs, pretending that the ventilation was functioning properly per their contractor’s reports.

Aïssa wasn’t ready to give up the fight, but he also knew he needed more if he was going to take his issues to a Residential Tenancy Branch hearing. In the summer of 2017, he reached out to other tenants and asked about how they felt about the issues, and they began to meet in his apartment. Having done research ahead of time, Aïssa explained the RTB process to the other tenants. He printed applications for the dispute resolutions and helped people fill them out. Soon, they were calling and emailing each other, or stopping to talk in the halls about the upcoming hearing.

After they were filled out, Aïssa collected the applications and took them in person to the RTB office in Burnaby. During the initial hearing, Aïssa had to defend himself and every other tenant against three representatives from Larco Investments. The landlord demanded that each tenant defend their own claim individually, but the arbitrator denied their request.

After defending the tenants in the initial hearing, Aïssa had to wait for the RTB’s decision and the date of the hearing for the class-action suit for him and his neighbours. Eventually, they agreed to, but they mailed their decision during Easter Weekend and there was a delay in the mail arriving. Aïssa found out that he would need to present more than 500 pieces of evidence and prepare his witnesses in less than 1 business day.

At the hearing in October 2018, Aïssa explained the procedural unfairness of having to present over 500 files for evidence within such a small time, but was told that he could not bring forward extra witnesses or organize extra evidence. Of the multiple claims he submitted jointly with his tenants, the arbitrator only agreed  to consider additional evidence for the HVAC ventilation issue, dropping all other claims without leave to reapply.

Still, it was a huge win. The landlord was forced to take $100 off everyone’s rent until they fixed the ventilation and pay $100 per month back retroactive to 2017, when the first Vancouver city inspector had reported the issue. But Aïssa still wasn’t satisfied. He’d seen people move out and heard many others complain about feeling sick from the dust and debris. He knew that he and the other tenants deserved more. He decided to appeal to the Supreme Court of British Columbia to overturn the RTB decision.

“I have no legal training,” Aïssa, who is a French teacher and speaks English as a second language, told me. He spent countless hours at the law library to familiarize himself with Supreme Court procedures. “I had to learn everything on my own.”

The new case was assigned a senior advisor by Kathy Elder, Executive Director of the RTB, and spent six months learning about the process of their next joint hearing. This time, Aïssa would be able to present all of his evidence for all of the tenants’ issues.

But the landlord was busy too. They hired their lawyers, who instructed them to make an application to the Supreme Court one week before the new RTB hearing. In their application, they presented affidavits from former employees who claimed that they were never served the proper legal documents. Were this true, the entire case would fold.

But it wasn’t true. In fact, Aïssa had suspected they might try something similar due to their strategy of constantly changing their business address in order to avoid being served. To provide insurance for him and the other tenants, Aïssa had recorded a conversation with the senior property manager in which he had clearly informed her of the Supreme Court proceedings and the judicial review hearing.

The application delayed the new RTB hearing. After Aïssa presented his evidence to the landlord, they asked for an adjournment. All told, they were granted three adjournments during the application process, delaying the RTB hearing another 4 months while the tenants were still in desperate need of repairs three years overdue. This is a common tactic used by employers against unionizing workers, and landlords in tenant disputes. They believe that if they draw it out long enough, the workers or tenants will run out of resources, time, and patience.

Eventually, Larco ran out of escape routes. The judge denied their application firmly, granted Aïssa cost (a disbursement of compensation for time spent working on a defense to prepare for the hearing to defend himself against serious accusations made in the landlord’s affidavit in an attempt to discredit him), and wrote that landlord “may have filed this application for tactical reasons, to delay that RTB hearing or distract (Aïssa) from preparing for it. It was unfair to (Aïssa) and the other tenants… I find Maple Leaf was guilty of wilful default in failing to appear at the hearing of the petition… In my view, this application was misconceived and ought not to have been brought… (Aïssa) is entitled to his costs of this application forthwith in any event of the cause.”

Finally, the hearing happened in October, four years after Aïssa and his neighbours first decided to take legal action against their landlord. This time, the organized tenants attended the hearing together, and Aïssa was able to present their evidence. In the end, however, the hearing was adjourned once again due to delaying tactics by the landlord.

There will be another hearing in 2021, which Aïssa hopes will finally put an end to the whole ordeal. He’s asking the RTB to issue an order against the landlord in order to force them to respect the Tenancy Act. This would include monetary compensation to the tenants for loss of facilities and services agreed upon, loss of quiet enjoyment and security, and aggravated damages for the mental and physical health conditions created by the landlord in bad faith. I asked Aïssa how he was able to have so much success, despite his lack of legal training and the powerful landlord he decided to pick a fight with.

“We don’t have to be in defense mode,” he told me excitedly as we wrapped up our conversation. “We can attack when they are in breach of material term and the city bylaws. We can go after them. And we can get monetary compensation for the damage they do to renters.”